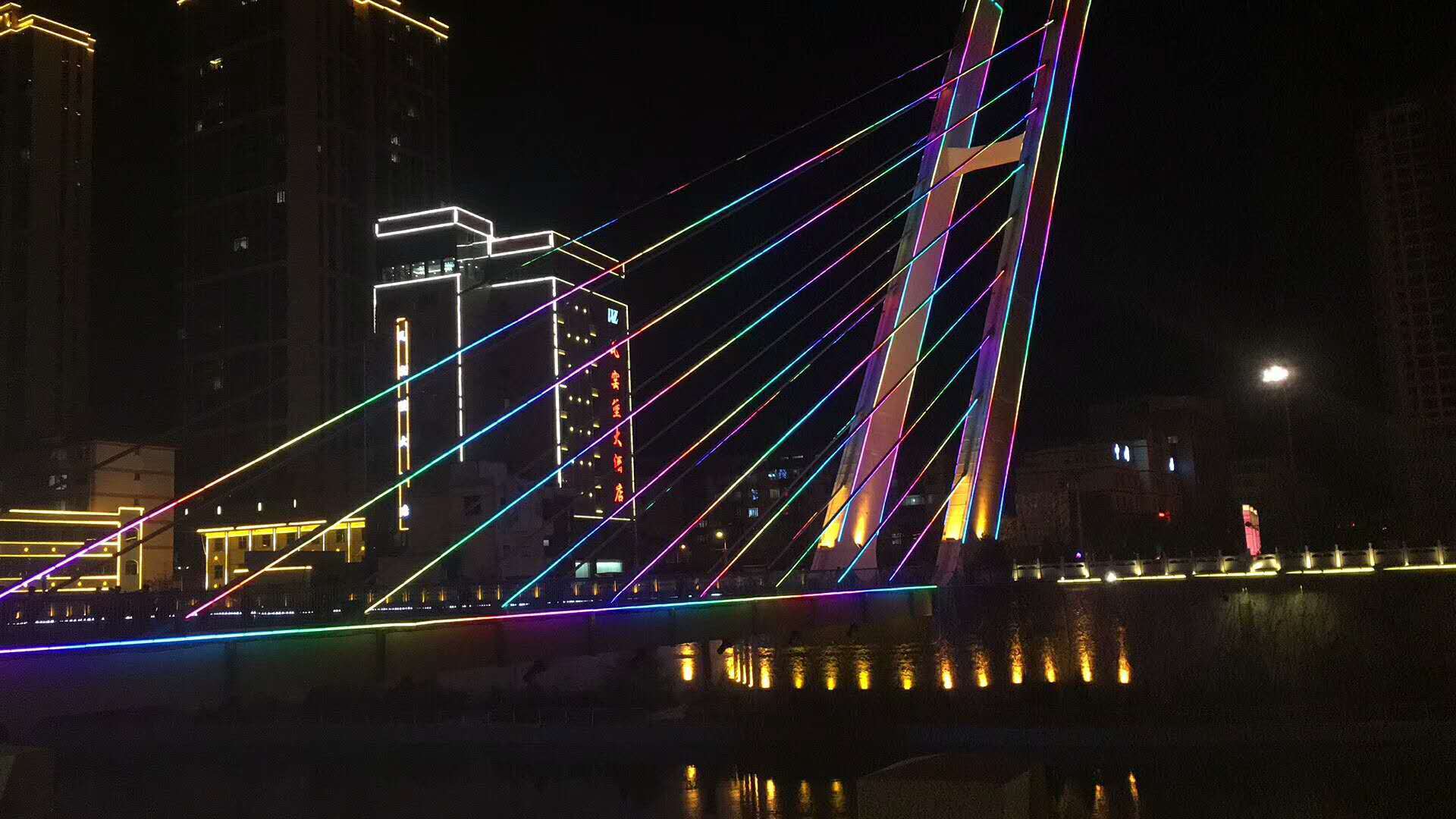 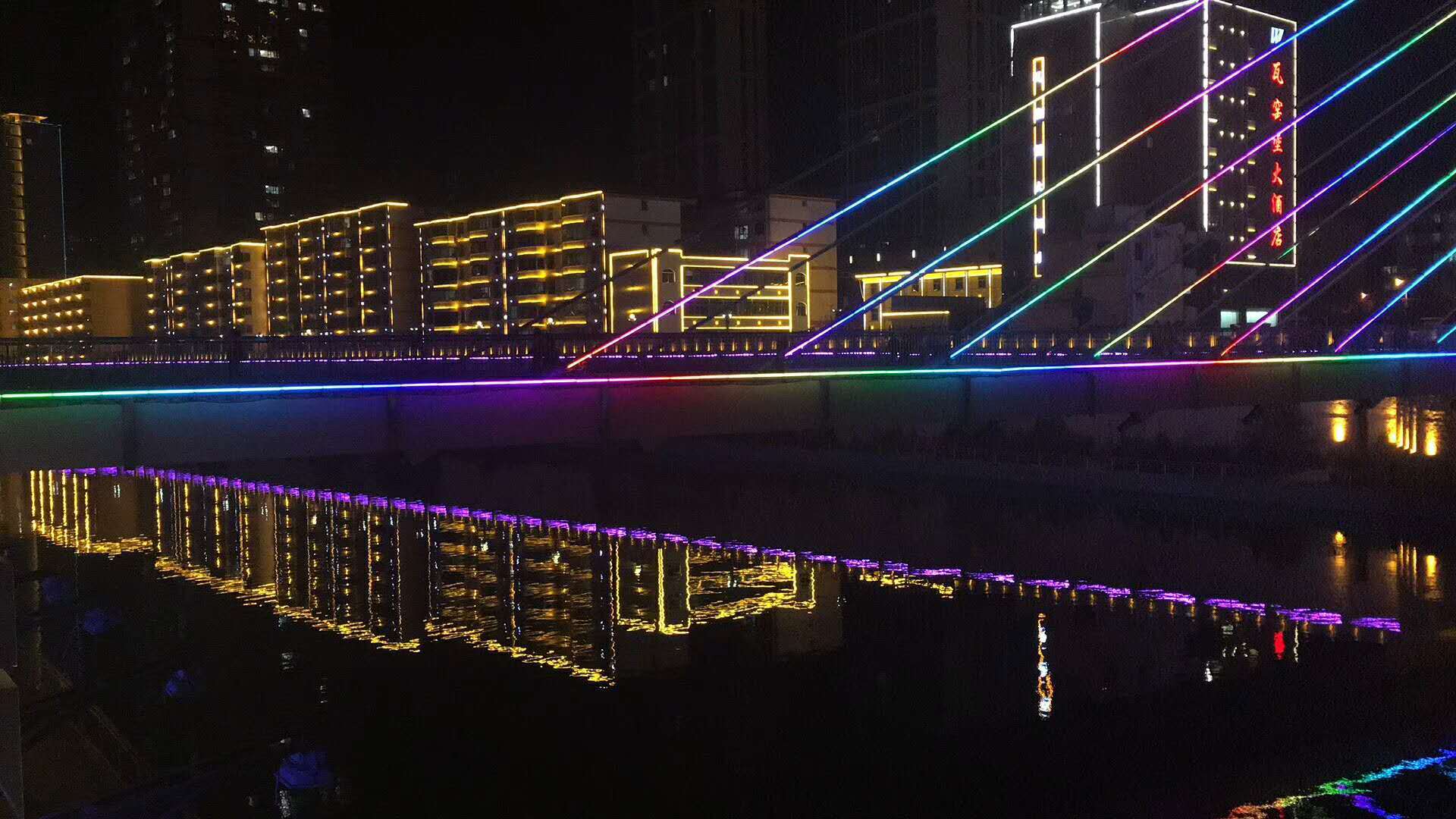 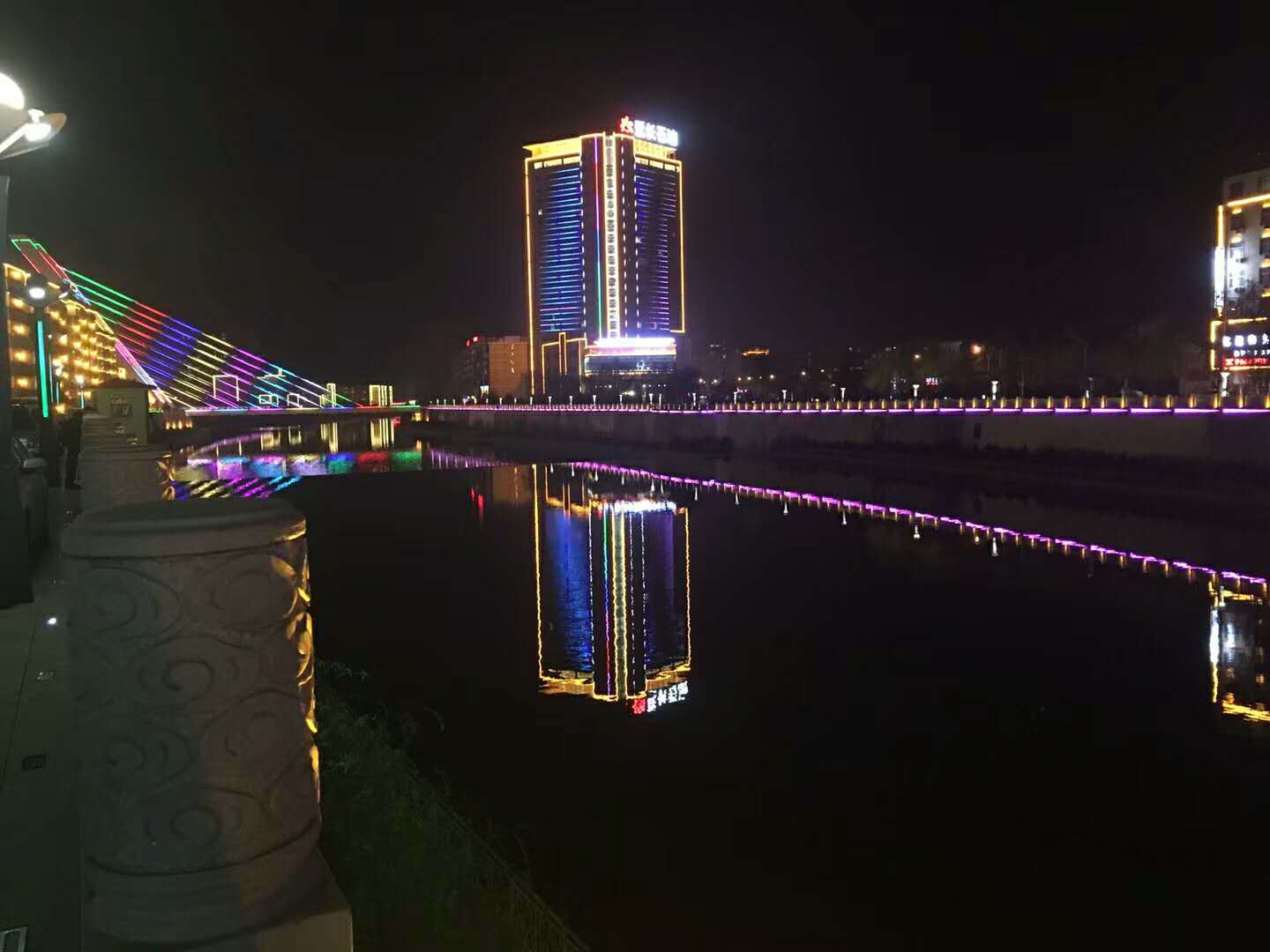 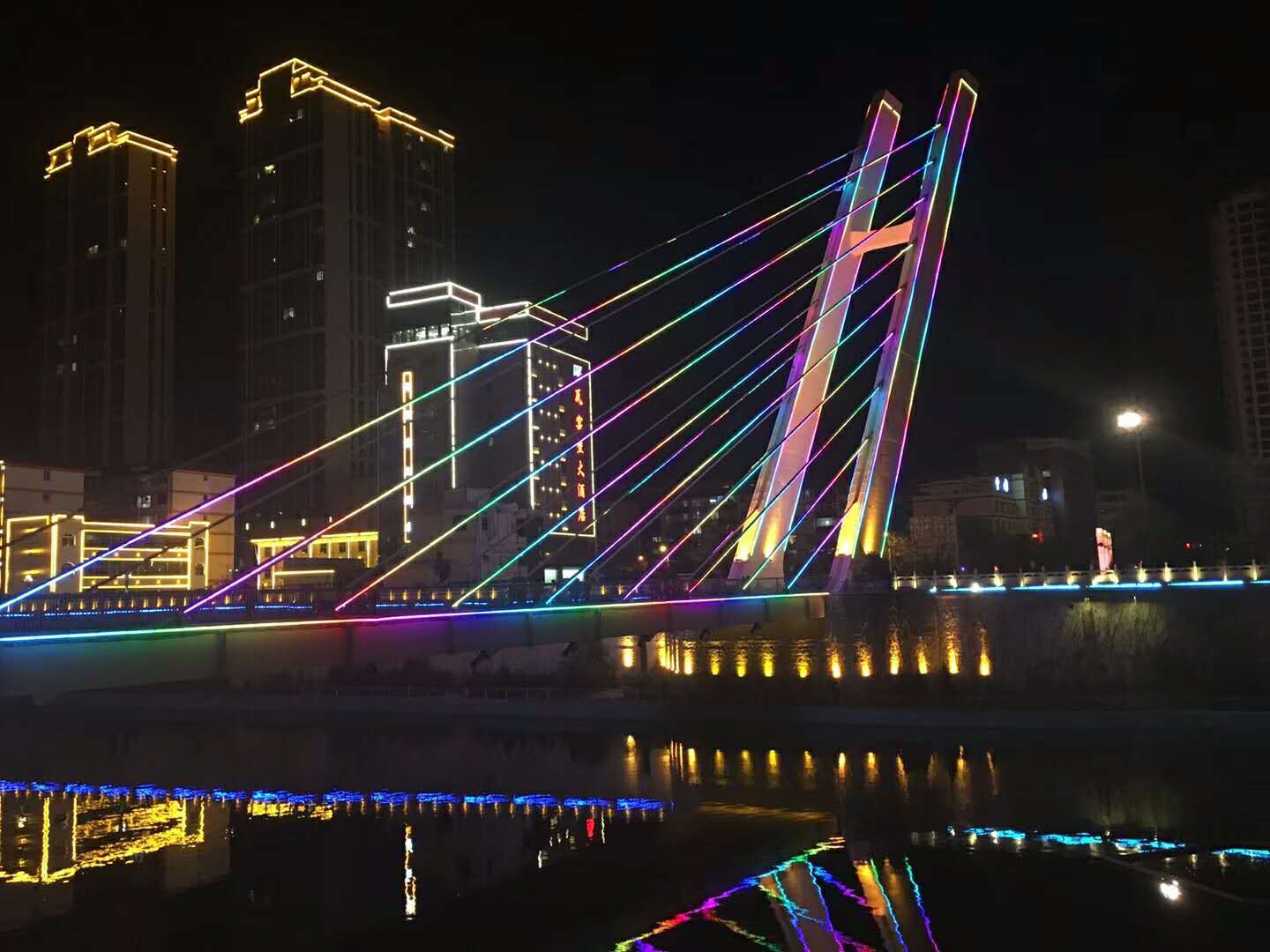 Project background: Yugong County of Zichang County belongs to the region of Yongzhou. It was originally named Anding County. In 1942, it was renamed Zichang County to commemorate the national hero Xie Zichang. The Central Red Army's end point for the Long March and the starting point of the Anti-Japanese Expedition. The late Agrarian Revolution was the seat of the Central Committee of the Communist Party of China and the Chinese Soviet government. It was designated as one of the revolutionary bases after the founding of the country. , Known as the "Red Capital" and "Jiangjun County" reputation.
About 2,000 sets of RGB line lights are used in the suspension bridge of Zichang County, Yan'an, and a small number of flood lights.